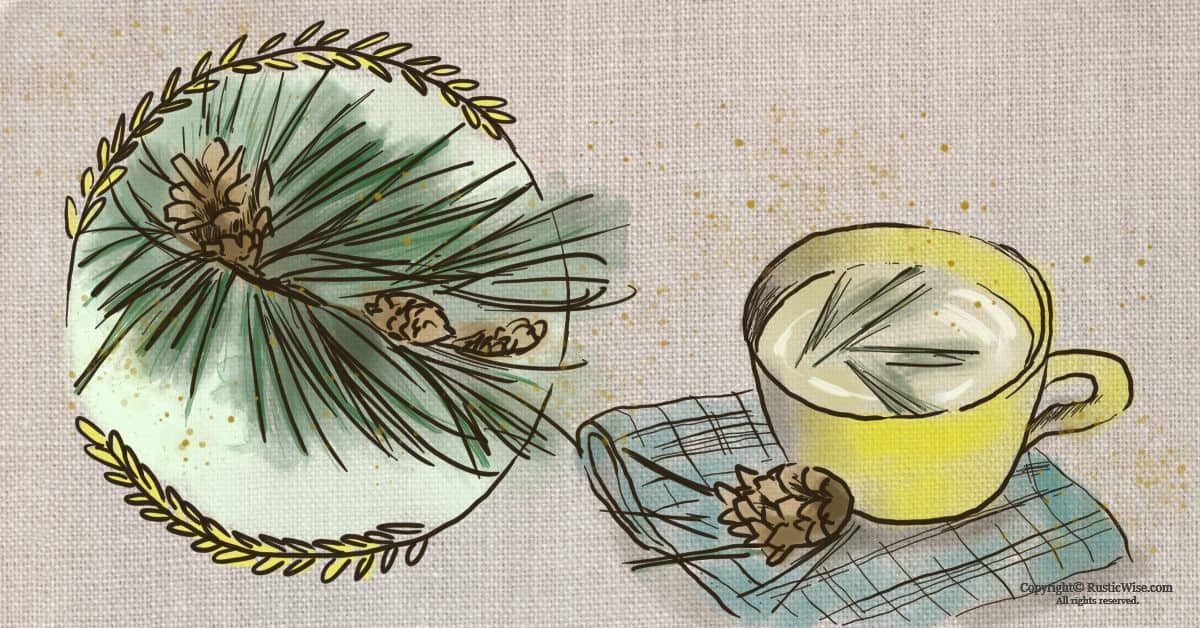 
When most people think of pine trees they think of Christmas trees, or perhaps artificially-scented pine household cleaners. Fewer people know about the edible properties of conifers. Their edible and medicinal uses are true gifts to us.

Pine trees belong to a group of wild edible conifers, which also includes spruce and fir trees. Foraging pine needles is available to anyone looking to harvest nature’s bounty. The needles of these trees are used for a variety of purposes, such as cooking, baking, garnishing, and brewing pine tea.

Let’s learn all about pine needles, from how to forage them, to what to do with them, including how to make pine needle tea. Plus, there’s a roundup of five pine needle recipes so you can enjoy cooking with pine.

What parts of the pine tree are edible?

Most of us are familiar with pine nuts, but did you know that other parts of the pine tree are edible too, including the needles, bark, pollen, and even pine cones.

Try collecting tender spruce tips in the spring for a surprisingly lemony snack.

Can you eat pine needles raw?

Yes, these coniferous needles are safe to eat uncooked.

If you are hiking in the woods and find yourself with hunger pains, you can chew pine needles and ingest the juices. The needles don’t taste bad, but because they’re starchy, most people don’t eat them.²

How to tell the difference between pine, spruce, and fir trees

Properly identifying the tree is the most important step when foraging your own conifer needles. People often confuse pine trees with other conifers such as spruce and fir (which are also edible by the way). Here are a few quick tips on how to tell the difference between these three types of evergreens:³

What types of pine needles are edible?

Most native conifers in Canada and the US are edible.

Depending on where you live, a few common edible varieties of pine include:

Types of pine trees to avoid

There are a few species of pine to AVOID, along with a dangerous lookalike:⁶

Pine trees grow throughout most of the Northern hemisphere.

According to the book Foraged Flavor by Tama Matsuoka Wong and Eddy Leroux, the best time to gather pine needles is in early spring when you can smell the fragrant pine sap. If you go in springtime, you’ll be able to benefit from new growth and pick a few young spruce tips along with your pine needles while you’re at it.⁷

(You can also harvest pine needles in the winter, although you won’t see any young needles anymore, and you’ll be cold outside!)

She favors the needles of white pine for cooking with. White pine needles have five long needles in each cluster.

Bring a pair of sharp scissors to snip the branches. Select branches with thinner clusters of needles as these crumble more easily.

When foraging, it’s always wise to abide by a few guidelines:

Pine needles, as well as needles of other conifers, are rich in vitamins A and C. Raw conifer needles purportedly contain more vitamin C than most citrus fruits.¹

Vitamin C has many health benefits. It boosts the immune system, protects against cardiovascular disease, and is great for the eyes and skin.⁸

Pine needles are most commonly used to make tea. Pine needle tea (referred to as tallstrunt in Sweden) is used for medicinal purposes to soothe a sore throat when you’re feeling sick, and to also open airways.

How to make pine needle tea

Once you’ve gathered some branches, you’ll want to rinse them thoroughly in water to clean them. Afterwards, remove the pine needles. The pine needles come off easily by plucking them.

Here’s a flavor tip: Younger pine needles have a more delicate flavor, whereas needles from mature branches have a stronger, more bitter taste. If you’re looking for young pine needles, harvest the light green needles at the tips of each branch. To help release the pine-y flavor, try gently mashing the needles with a mortar and pestle.

Depending on the type of pine tree you’ve harvested from, you’ll have varying lengths of needles. Feel free to cut them into smaller pieces—kitchen shears work well for this job.

Sweeten with honey or a sweetener of your choice, or enjoy on its own. If the flavor of pine is lacking, you’ll want to add more pine needles and allow it to steep longer.

With their aromatic woodsy scent and earthy, herbal flavor, these needles pair nicely with light meals such as white fish or chicken. Many recipes call for pine, but spruce and fir can sometimes be swapped in too.

Here’s a fragrant oil great for brushing onto fish or chicken prior to grilling or roasting (via WNYC).

The ultimate Christmas cookie with hints of pine and citrus. This recipe is vegan-friendly too (via A Virtual Vegan).

A simple, yet delicious recipe that infuses the scent and flavor of pine with apple cider vinegar. Add to salad dressings for a citrus-y splash. (via The Seasonal Table).

Use fresh or dried needles to infuse salmon with a lovely woodsy flavor.

From the Wildcrafting Brewer, this kvass recipe (fermented drink) is as wild and woodsy as you can get (via ACF Chefs).

Other uses of pine needles

Besides brewing tea and cooking or baking with pine needles, there are loads of other ways to use pine needles around your home. Here are some ideas: 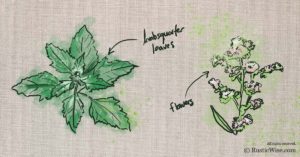 Learn the ‘ins and outs’ of lambsquarters identification, an edible wild plant similar to spinach. 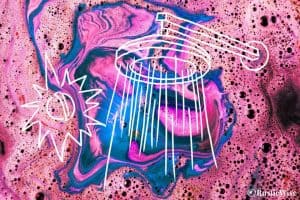 If you’re not a “bath person,” no worries. We’ll show you how to use a bath bomb in the shower plus 8 other alternative ways to use those bath fizzies. 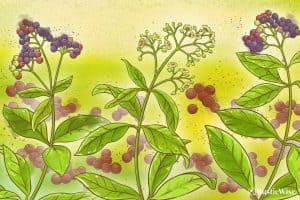 If you’re wondering what spices are in allspice, this pantry staple is made of only one ingredient: dried berries of the pimento tree. Learn more. 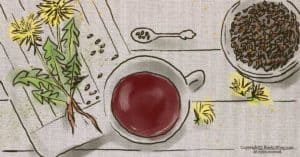 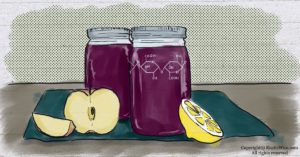 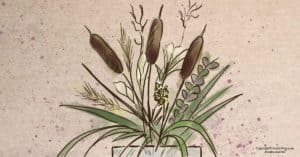 Looking to spruce up your home decor? Here’s how to preserve cattails step-by-step, plus 3 ideas on how to style your cattails.