One of the most common ingredients you’ll see listed in your commercial soap, shampoo, and toothpaste is sodium lauryl sulfate (SLS). It’s a synthetic surfactant with strong cleansing properties and helps boost lather. Unfortunately, many people experience skin irritation or dryness after using products with SLS.

Sometimes you’ll see products labelled “SLS free.” So, what is SLS free, exactly? This term simply means the product contains no sodium lauryl sulfate. BUT, the product may contain other similar chemicals that cause similar skin irritating symptoms.

SLS and its companion sodium laureth sulfate (SLES) are two compounds that have developed a bad rap for a number of reasons. If you’re wondering about whether it’s safe to use personal care products with SLS, we’ll clear the cobwebs and take a closer look at this chemical plus safer alternatives. We’ll also debunk some common myths about SLS along the way.

Sodium lauryl sulfate (SLS), sometimes spelled as “sulphate,” is a type of anionic surfactant. A surfactant is an ingredient that reduces surface tension between oil and water. It allows dirt and other particles to wash away clean.

Besides its strong cleaning properties, manufacturers use SLS as a foaming agent, which creates the rich lather most of us enjoy in shampoos and soaps.

SLS also goes by other names, including:¹

Since the 1930s, sodium lauryl sulfate has been used in various body care products, beauty products, and household cleaners.²

How is SLS made?

They create SLS via synthesis of lauryl alcohol together with sulfur trioxide. This creates hydrogen lauryl sulfate, which is neutralized with sodium carbonate (aka washing soda) to finally make SLS.¹

SLS is the sodium salt of lauryl sulfate.

How much SLS do everyday products contain?

The levels of SLS vary according to the manufacturer and the product type. The average consumer may have a hard time discerning how much SLS is actually in a product based on the ingredients label alone.

One study found the following range of levels:¹

But, products that are rinsed off or have minimal contact with skin may contain higher levels of SLS.

Those that are meant as leave-on products (think lotions and creams) have a limit of between 0.05 to 2.5 percent SLS in many countries.³

A note on using products safely

Some cleaning products or laundry detergents which contain higher levels of SLS are not intended for long-term exposure to skin. When you’re using these types of products, protect yourself by wearing gloves, and minimizing exposure to skin. If any contact with skin occurs, rinse clean!

Many manufacturers try to market their products as “safer” and “milder” by slapping on a label such as “SLS free”, or “SLS and SLES free.”

The reality is that while the product may not contain SLS or SLES, it may still contain other similar chemicals which perform essentially the same function (and may lead to similar side effects as SLS on skin and scalp).

The Federal Trade Commission says the following about Free-of claims:⁴

This new section advises that, even if true, claims that an item is free of a substance may be deceptive if:

(1) The item contains substances that pose the same or similar environmental risk as the substance not present; or

(2) the substance has not been associated with the product category … The second prong cautions that free-of claims may deceive consumers by falsely suggesting that competing products contain the substance or that the marketer has ‘‘improved’’ the product by removing the substance.

The takeaway: Take labels such as “SLS free” with a grain of salt. Check out the ingredients list to find out what’s really in the product.

What does SLS do in everyday household products?

As sodium lauryl sulfate is inexpensive and easy to produce, you’ll find it used in a wide range of products you have at home.²

Household cleaners are essentially a form of synthetic detergent that work to strip surfaces of fat, oil, and grease to remove stains. Here are a few cleaning products you’ll find containing SLS:

In skincare and body products, it works to build foam and strong lather. And of course it also works to clean. You can find SLS in the following personal care products:

Did you also know that SLS is sometimes used as a food additive? It works as an emulsifier to thicken foods or to change the texture. You’ll find it used in:

Is SLS safe for your skin?

There are opposing sides whether SLS is safe on skin.

On one hand, many federal agencies deem SLS as safe for use when used as intended.

In the U.S. the Cosmetic Ingredient Review (CIR), which is a scientific panel that falls under the Personal Care Products Council has said that SLS is safe for personal care products that are designed to be cleanly rinsed from skin and hair (think body wash, shampoos, and conditioners). Leave-on products have a cap on the level of SLS it can contain (no more than 1 percent.)²

(And the U.S. Food and Drug Administration (FDA) lists SLS as a safe food additive.)

The U.S. Environmental Working Group (EWG) gives sodium lauryl sulfate a rating of 1–2 (Fair), depending on the usage.⁵

However, “safe” to use and “good for you” are two different beasts.

We know SLS is a skin and eye irritant (we all know that getting shampoo in your eye stings a bit!). It’s also irritating to the respiratory system when inhaled and is toxic when ingested.

One 2003 study examined 1,600 patients and found that close to 42 percent of people experienced an irritant reaction on skin.⁶

Another study points to the ability of SLS to penetrate deeper into skin than previously believed. SLS can penetrate between 5 and 6 millimeters below the point of topical application.⁷

One of the reasons why SLS is harder on skin is this ability to penetrate the skin barrier.

And a 1995 study found that the warmer the temperature of the water used for washing with SLS, the higher levels of skin irritation participants experienced. (Note to self: avoid using hot water when washing!)⁸

The good news is that any skin irritation associated with SLS appears to stop shortly after products containing SLS have ceased.⁹

In many studies, researchers use SLS as a baseline skin irritant for patch tests.

Another reason to avoid SLS is that it may be toxic to aquatic animals according to the World Health Organization (WHO).¹⁰

Some people may use SLS products and experience little to no side effects. Others with more sensitive skin may experience more severe symptoms. Some common side effects of SLS include:

Common myths about SLS (no, it doesn’t cause cancer)

Much is misunderstood about sodium lauryl sulfate. Here are a few common misconceptions debunked.

One 2015 study finds the following conclusions about SLS:¹

No, bars of soap made from scratch do not contain any SLS. While the ingredients in each soap recipe differ, at its most basic, a natural soap recipe requires just three ingredients: distilled water + sodium hydroxide lye + oils/fats.

If the mere mention of lye freaks you out, don’t worry—there’s no active lye in the finished soap. Lye is an integral part of the soap making process as it converts oils/fats into soap molecules.

If everything is done properly, the finished bar of natural soap is perfectly safe to use on your skin.

So how does a bar of natural soap produce lather without sodium lauryl sulfate?

The secret lies in the unique properties of the vegetable oils used. Two oils in particular are known for producing lovely bubbly lather: coconut oil and castor oil.

Why use SLS free products

If you have dry skin, sensitive skin, or are looking for more natural ingredients to use on your body, you might consider using SLS free products.

Why would you want to avoid SLS? Mainly because of the irritation it can cause on your skin. It’s one of the many ingredients used for cleansing that can bring about dryness, rashes, and flare-ups. You may need to switch up your body wash, shampoo, and conditioner.

If you have ever used a product and had an immediate reaction to it, you might want to consider an SLS free product.

Tip: SLS is not the only factor that can contribute to irritated skin. Synthetic fragrances (which typically comprise dozens of chemical compounds), and artificial dyes can also lead to itchy skin.

Luckily, there are milder alternatives to sodium lauryl sulfate on the market: sodium cocoyl isethionate and sodium coco sulfate.

Both compounds derive from coconut oil and are biodegradable. While they are still synthetic detergents, they still offer mild cleansing and lathering properties, but are much gentler on the skin.

Sodium coco sulfate (SCS) granules are slightly stronger than SCI (but still milder than SLS) and are used in recipes as a secondary cleansing agent. It too is a gentle surfactant.

And, of course, there’s also natural soap that contains no SLS or other harsh surfactants.

The takeaway: what is SLS free and is it better?

The term “SLS free” can be misleading if the manufacturer simply replaces sodium lauryl sulfate with a similar harsh surfactant that may still irritate skin. The main problem with using products that contain SLS is its ability to dry or irritate skin.

While some people may experience no problems with SLS products, others with eczema or sensitive skin may choose to use products with milder surfactants.

Natural bars of soap also are an alternative to synthetic detergents and don’t contain harsh surfactants.

Is SLS necessary in toothpaste?

SLS appears in most toothpaste formulations because of its ability to create foamy lather and cleanse. If you experience gum irritation, or cracked skin around the mouth, you may have a sensitivity to SLS. Luckily there are some SLS free toothpastes on the market such as Sensodyne Pronamel and Verve Ultra.

Is SLS-free the same as sulfate-free?

No, these two terms are not the same. The term SLS free simply means the product doesn’t contain sodium lauryl sulfate. Sulfates, on the other hand, are a broad category of chemicals that can also include sodium laureth sulfate (SLES), ammonium lauryl sulfate (ALS), and many others. Same, same, but different. If you’re looking to make your own soap, here’s the difference between sodium hydroxide and potassium hydroxide.

So, what is triple milled soap, exactly? We’ll explain how this bar’s milling process differs from regular commercial soap and handmade soap. 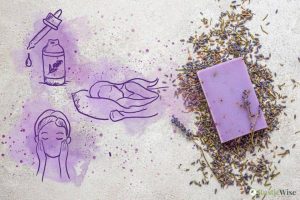 More than just a flower, lavender has many healing properties. Here are a few lavender soap benefits, how to use lavender EO, and how to make your own soap. If the thought of cleaning your tub is preventing you from enjoying a warm bath, we’ll show you the easiest way to clean a bathtub using simple ingredients! 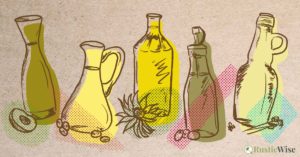