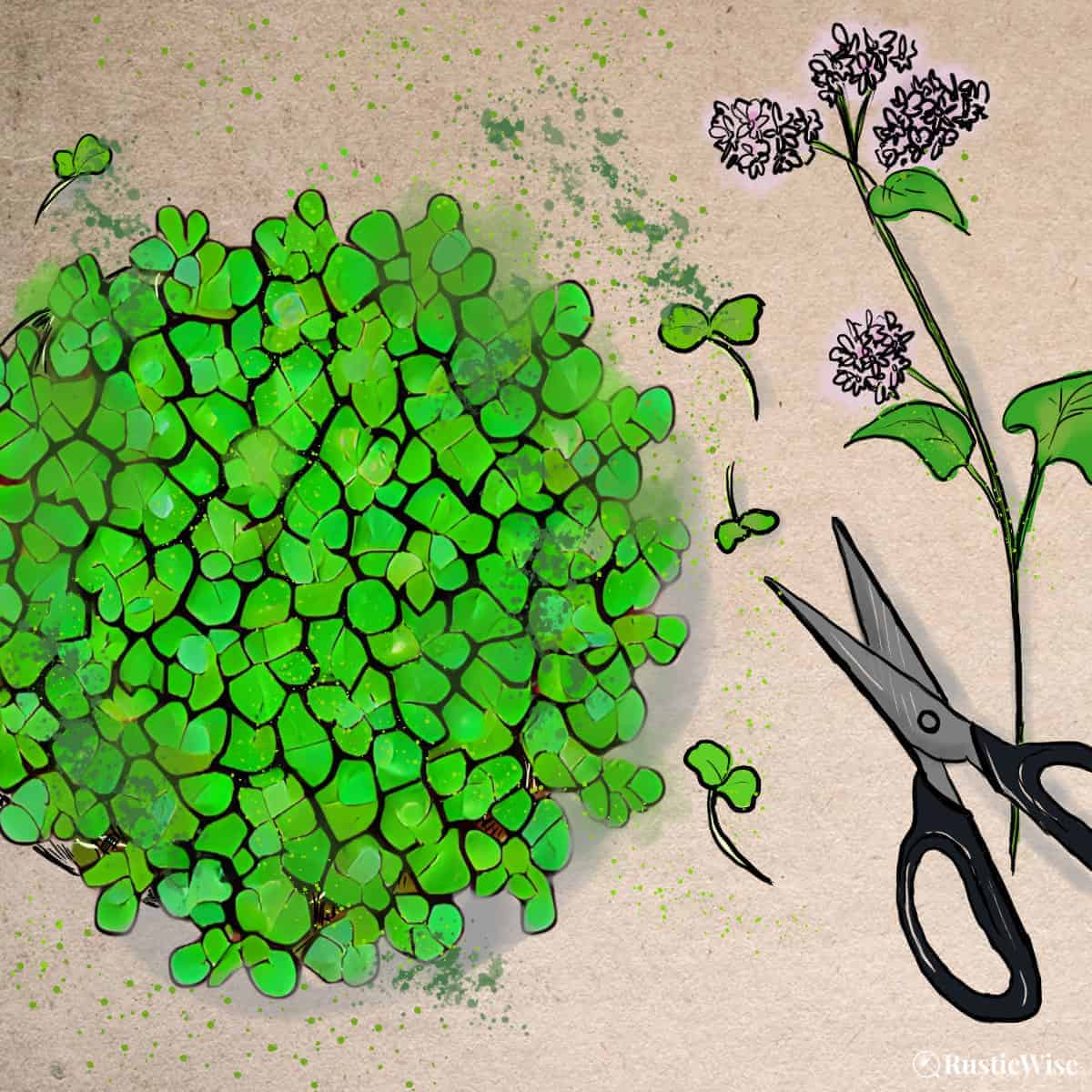 Buckwheat has long been hailed as a superfood. The plant’s seeds are a nutrient-dense and naturally gluten-free pseudo grain. From buckwheat pancakes, soba noodles, and kasha (a type of porridge), the groats (or “grains”) have been used as a food source since ancient times.

These tiny greens, only a few inches tall, are packed with dietary fiber, folic acid, protein, and Vitamins B, C, and K. The shoots also contain rutin, a powerful compound with antioxidant and anti-inflammatory properties. Along with the good stuff, buckwheat greens also contain fagopyrin, a compound which can cause phototoxicity (light sensitivity) when eaten in large amounts.

While we love growing and eating microgreens, moderation is key. Let’s look at whether buckwheat microgreens are safe to eat, and how much to safely consume.

Just to be clear, buckwheat microgreens are not the same as buckwheat sprouts or groats.

Microgreens are the edible shoots of plants harvested when only a few weeks old. At this young stage of growth, the seedlings are packed with vitamins, minerals and antioxidants. Plus, they offer a plethora of nutritional benefits.

Micros are grown in soil (or a soilless medium) and are harvested just above the soil line. Microgreens include the cotyledon (seed leaf), stem, and often the first set of true leaves. Fagopyrin is present in buckwheat microgreens.

On the other hand, sprouted buckwheat seeds (or groats) do NOT contain fagopyrin (or they contain negligible amounts). Buckwheat groats are typically grown in a jar or sprouter. They are the seeds of the buckwheat plant that germinate with moisture and are grown without any soil and in low-light conditions.

There are little to no safety concerns about consuming buckwheat sprouts.

A closer look at the buckwheat plant

Buckwheat is a flowering annual plant that belongs to the Polygonaceae family. It’s not a true grain or wheat, which is why it’s referred to as a pseudo grain. It’s a crop that originates from China and has been cultivated for thousands of years.

There are two main types of the buckwheat plant:¹

The seeds or groats are often dried and used like cereal, or ground up into flour.

Besides being a valuable food source for its naturally gluten-free groats, it also serves as a cover crop to prevent soil erosion.

The leaves and flowers contain high levels of fagopyrin, a naturally found substance which causes phototoxicity (or extreme light sensitivity). Ingesting large amount of leaves and stems is linked to health issues in both animals and people.

This phenomenon is called fagopyrism.

A problem for animals

Many farmers are familiar with livestock getting sick from eating the leaves and stems of buckwheat plants. When eaten in large amounts, the high levels of fagopyrin build up in the skin, resulting in painful skin rashes or sores.

Cows, horses, sheep, and goats will seek shade once affected, and it may take several months for the animal to recover.

Colorado State University explains the effect on animals of consuming too much buckwheat leaves:²

“Once absorbed from the gastrointestinal tract, the fagopyrin in the blood vessels of the non pigmented skin, reacts with ultra violet waves from sunlight. Radiant energy in the form of fluorescence produced by the fagopyrin when exposed to sunlight causes damage to the blood vessels in non pigmented skin. This primary photosensitization can be severe to the point of causing cell death and sloughing of the skin.”

A problem for some people

Gilles Arbour, a raw food proponent, is widely credited for having sounded the alarm over the dangers of consuming too much buchwheat greens or microgreens in a public letter in the Townsend Letter (an alternative medicine magazine).

He details his time at a health retreat in Florida where he regularly consumed four glasses of raw green juices, which included buckwheat greens along with celery, cucumber, and sunflower greens. This continued over 3 weeks.

Soon after the retreat, Arbour noticed a tingling in his hands and face, along with sensitivity to cold (he returned home to a Canadian winter). He found he could not tolerate more than a few minutes in sunlight, even through a window. After exposure to any kind of sunlight, his skin would turn red and have a burning sensation.

After conducting much of his own research and after several visits with medical doctors and naturopaths, he pinpointed the source of his problems—fagopyrin from buckwheat greens.

Fagopyrin reacts not only to UV light, but also to other parts of the light spectrum, which makes it difficult to manage.

Note: Besides the potential pitfalls of consuming large amounts of greens, some people may have a buckwheat allergy to the groats. Speak with your doctor to see if buckwheat is right for you.

All things in moderation

Despite the warning story from Arbour, many still turn to the microgreen of the buckwheat plant as a source of nutrients.

It’s a fact that the foliage and flowers of Fagopyrum esculentum contain high levels of fagopyrin (with the blooms containing higher amounts than the leaves).

So, what’s a safe level to consume? A 2013 study concludes that an individual should consume less than 40 grams of buckwheat greens a day.

The study looked at the levels of fagopyrin and polyphenols in both Common and Tartary buckwheat sprouts. It found that the cotyledons (seed leaves) of the young greens contained the bulk of both fagopyrin and flavonoids.

So, buckwheat micros strike a balance between offering potentially harmful fagopyrin, and the beneficial anti-inflammatory effects of flavonoids.

One thing is clear: avoid overdoing it with these micros.

The takeaway: Avoid using this type of young green in juices or smoothies where it’s easy to use in large quantities. Instead, combine small amounts of buckwheat with other micros or sprouts and enjoy in moderation.

When eaten in moderation, buckwheat micros can provide ample health benefits. Buckwheat microgreens are one of the tastiest and healthiest greens to grow. They’re nutritionally dense and rich in anti-inflammatory and antioxidant properties.

What makes them so special? Besides being a rich source of amino acids, healthy fatty acids, dietary fiber, folic acid, protein, and vitamins B, C, and K, buckwheat greens contains rutin (a type of flavonoid), and a bioactive compound with many health benefits.

While there’s some rutin in mature seeds, the cotyledons (seed leaves in microgreens) contain higher levels.⁵

It’s been found that Tartary buckwheat sprouts contain more than two times the amount of rutin than Common buckwheat; scientists discovered the rutin content jumps by four times after one week of germination.⁵

Rutin is a well-known antioxidant that may assist in the prevention of many health problems. It has been traditionally used to increase the strength of the capillaries and boost blood circulation. Rutin is may also help in treating varicose veins, as it helps improve the blood flow in the veins.

Rutin also shows anti-inflammatory effects, which have been proven helpful in healing wounds, cuts, and burns.

How to grow your own buckwheat microgreens

If you decide that you’d like to forge ahead and grow your own countertop greens, you’re in good company. This micro is easy to grow and has a high germination rate.

Buckwheat microgreens grow best from unhulled seeds or groats in soil (or a soilless medium) rather than hydroponically.

After pre-soaking the seeds, broadcast quality sprouting seeds onto your moistened growing medium. Disperse the whole seeds across the surface of the soil. Tamp them down firmly so they’re well embedded into the mix. Mist thoroughly two times per day.

Cover the plants with a blackout lid or humidity dome for another three to four days before exposing them to sunlight. Water the micros every day to keep the soil moist but never too wet. When harvesting, rinse the greens well to shake off hulls before enjoying or storing in the fridge.

They typically are ready to harvest in 1 to 2 weeks.

Tangy, with citrus notes, these pale green leaves with yellowish shoots are also remarkably tender. If you’re looking to add a bit of “zing” to your meals, these are a great addition! Enjoy your microgreens as part of a hearty salad ingredient or as a tasty food topping.

The tangy flavor pairs well with citrus fruits, flax seeds, dried fruit, avocado, hard cheeses, and nuts. They’re also great when added to sandwiches, wraps, or used as a garnish on dips, omelets, or pizzas. Try some sprinkled on top of avocado toast with a drizzle of olive oil or vinaigrette. 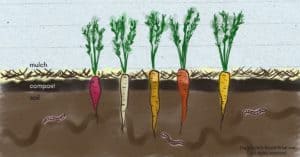 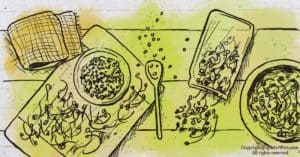 Worried about sprout safety? If you’re growing your own sprouts, there are many ways to kill bacteria on sprouts during the sprouting process. We’ll show you how. 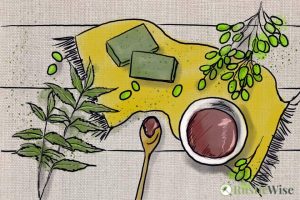 If you’re looking for a moisturizing oil to add to your batch of soap, consider using neem oil in soapmaking. Rich in vitamin E and fatty acids, learn more about it here! 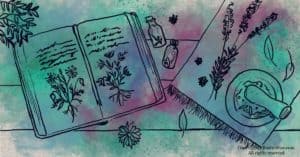 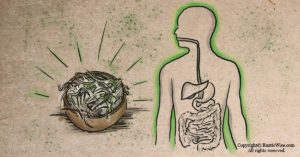 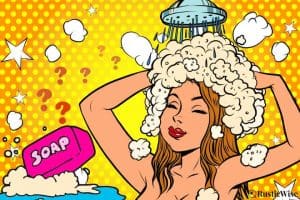 If you’re looking for a multitasking cleanser, you may wonder, can you use bar soap on hair? That depends. We’ll look at differences between soap and shampoo.