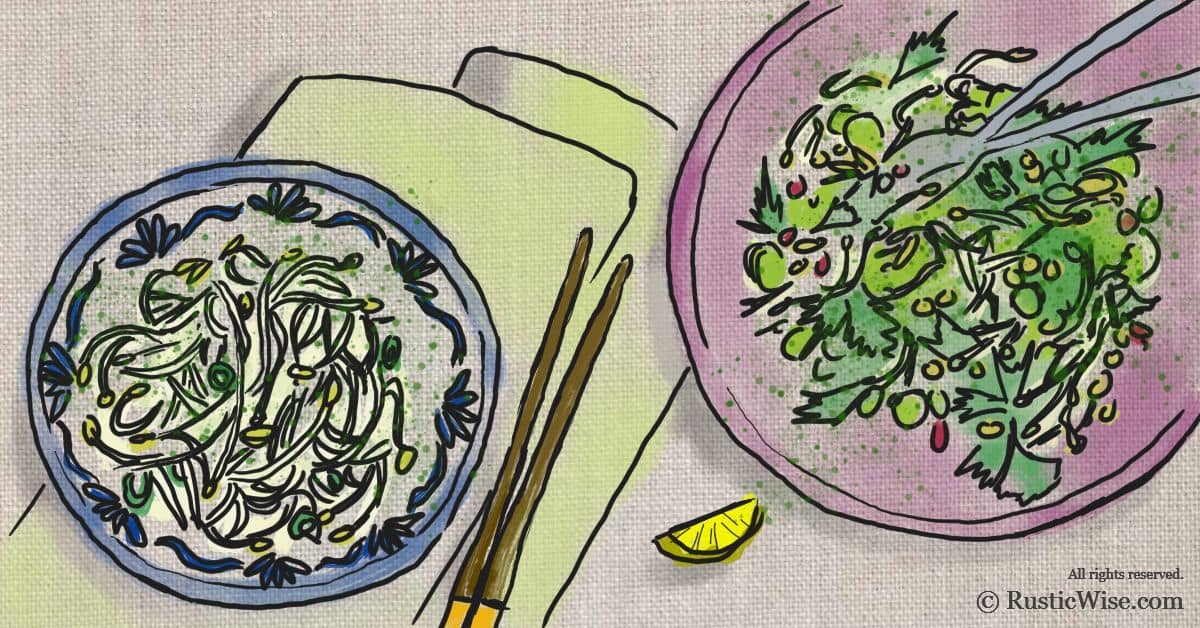 The U.S. Food and Drug Administration reported that between 1996 and 2018, “contaminated sprouts were linked to 50 outbreaks, which together resulted in more than 2,600 cases of foodborne illness.” The likely culprit? Contaminated seeds.

But before you decide to forever banish sprouts from your diet, hold up. Sprouts are a rich source of protein, magnesium, folate, and vitamins. The process of sprouting helps to preserve the nutrient content more than their unsprouted counterparts meaning they contain higher nutrients.

So are the risks of eating sprouts worth the health benefits? And should sprouts be eaten raw or boiled? While sprouts are generally safe to eat, certain people should avoid eating raw sprouts including pregnant women, very young children, elderly, or those with compromised immune systems. Most people can safely reduce the risk of foodborne illness by cooking sprouts first.

Let’s take a closer look at the potential risks of sprouts and how you can practice good food safety.

Why are sprouts susceptible to foodborne illnesses?

Sprouts are prone to foodborne illnesses because of the nature of the sprouting process. In order for plants to sprout, they need heat and humidity. If you remember from your high school Foods class, the danger zone that increases the risk of harmful bacteria growth on food is between 40–140 degrees Fahrenheit (4.4–60 degrees Celsius).

Unfortunately, improperly handled sprouts often linger in this danger zone making them a breeding ground. The most common foodborne illnesses associated with sprouts are  salmonella, and harmful types of E. coli. Occasionally, there is Bacillus cereus, Listeria monocytogenes, and Staphylococcus aureus.

Since there have been so many outbreaks of food poisoning due to improper handling of sprouts, the U.S. FDA has introduced new draft guidance to ensure commercial sprouting businesses adhere to good agricultural practices (GAPs).

So what exactly are sprouts? Sprouts are young greens that have germinated from a seed. In a nutshell, seeds are soaked in water, then kept moist and at a warm temperature in containers until the seeds begin to sprout. Sprouts are harvested when they are not fully mature plants—at this tender young age, they are chock-full of nutrients.

There are many types of sprouts. A few common types include:

Who should avoid eating raw sprouts?

Since raw sprouts carry the risk of some foodborne illnesses some people should use caution, or avoid eating raw sprouts altogether (see below for cooking or boiling sprouts). The following segments of the population should avoid raw sprouts:

Should sprouts be eaten raw or boiled: the lowdown on cooked, boiled, and raw sprouts

It goes without saying that all sprouts need a thorough rinse in a colander before eating raw, or cooking. Sprouts need to be refrigerated immediately when brought home and it’s best if used within a few days.

The National Health Service (NHS) in the UK suggests raw sprouts be consumed within two days and to only eat raw sprouts labelled “read to eat.”

So does a thorough washing get rid of harmful bacteria? Sadly, no. If you’re concerned about eating raw sprouts you may want to consider cooking or boiling sprouts to kill harmful bacteria.

Keep in mind that raw sprouts contain higher levels of nutrients while cooking sprouts slightly diminishes their nutritional content. Cooking, especially boiling, changes the texture and flavor of the sprouts as well. However, cooked or boiled sprouts are still a great addition to a healthy diet.

To properly cook sprouts, ensure they are piping hot throughout. Here are a few different ways to cook sprouts:

The very nature of the sprouting process (germinating a seed and harvesting a young shoot while it’s at its peak nutrition level) makes sprouts even healthier than plants that are unsprouted. Due to sprouts’ low-calorie, high-nutrient profile, it’s often used as part of a healthy weight loss program.

So what are some health benefits of sprouts?

By observing a few food safety tips when buying, storing, and handling sprouts, you can help reduce the risk of food poisoning.

Growing your own sprouts at home is a great way to add a source of fresh veggies to your self-sustainability toolkit. From soaking seeds to germination, you can have fresh, healthy sprouts on your plate within a few days.

When purchasing store-bought sprouts, there’s always a chance of harmful bacteria developing either during germination, packaging, or shipping. With homegrown sprouts, you’re able to control the growing environment and eliminate some risks.

With that being said, yes, there’s still a chance of getting foodborne illnesses from sprouts grown at home. Taking the proper food handling and safety precautions seriously as well as purchasing quality seeds from a reputable supplier help to cut down the risks.

We’ll go into more detail about growing sprouts for another post. In the meantime, wash those sprouts, cook ‘em (if you want to), and enjoy! 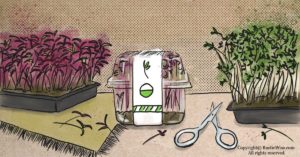 If you’re starting a microgreens business, you might wonder where to sell microgreens. Here are the top 5 places to start selling your greens and how to get started. 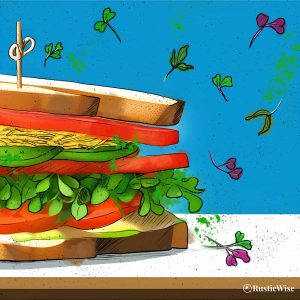 Spice up boring sandwiches with a tasty and healthy ingredient: microgreens! Here’s a roundup of 9 microgreens sandwich ideas to maximize flavor. 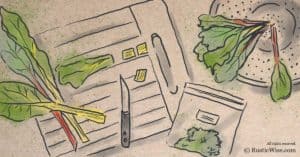 How to preserve swiss chard: a step-by-step guide to blanching and freezing. Wash, cut, blanch and freeze chard in portioned baggies for use all year long. 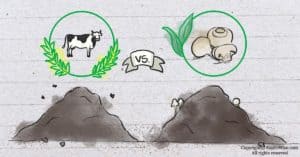 Both are great for improving soil health, but we’ll compare the pros and cons of cow manure vs. mushroom compost so you can decide which to use in your garden! 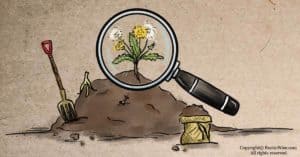 Can you compost weeds? Yes, but it isn’t as simple as throwing them in your pile and hoping for the best. We’ll show you how to compost weeds the right way. 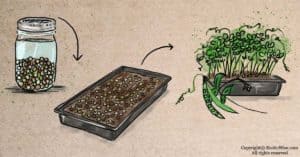 If you want to add a healthy green to your diet to enjoy year-round, we’ll show you how to grow pea microgreens. You’ll love its fresh and sweet taste!